Czech chain of hobby stores, currently has 10 stores in ten different cities. The shop in Svitavy is newly built on a green field, it was opened on March 28, 2019. The overall dimensions of the set of buildings, including the fenced parts of the outdoor garden and the covered reception are approximately 185.5 m x 65.5 m. The built-up area of the building without a covered reception and outdoor garden is 8,116 m2, it also includes another approximately 7,000 m2 of asphalt concrete roads and paved areas made of interlocking paving, including 133 parking spaces for personal vehicles.

The customer built a new building, where he decided to deploy a modern camera system with all available usable intelligent functions from this kind of shop. Those that prove to be effective will be used in their other shopping centers to renovate existing camera systems. 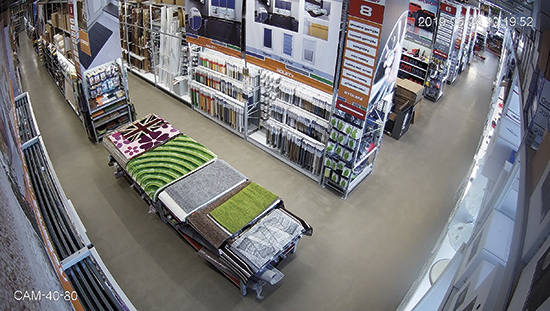 
The result is a tuned intelligent camera system that brings the customer, in addition to reliable camera surveillance and recording, a specific security events, and various kinds of significant statistical data.

"During the final recovery and setup of the system, as well as during the upgrade of DSS software versions, we had the full support of Dahua technicians on site. Dahua also supported us with the necessary modifications to the DSS software in the R&D department, thanks to which we put the system into operation with all the required functions and modifications according to the customer’s ideas.” , and “The construction of the system in Svitavy was only the first basic step in the long-term cooperation with the system integrator Alkom in the implementation of camera systems in other Unihobby shopping centers.” said by Alkom Security, a.s.