Another Big Step, Dahua Technology Takes HDCVI to the 4.0 Era

HANGZHOU, China /April 28, 2017 HD analog is quickly becoming the mainstream of analog video. By 2018, over 90% of analog cameras will be HD analog (according to 2016 IHS report). Dahua led the industry to introduce HDCVI Technology in 2012, and continues to enhance the technology leadership by bringing state of the art performance in terms of resolution, light sensitivity, intelligence and usability to the HDCVI community. The comprehensive offering of HDCVI matches up very well to the IP equivalent. Customers can choose the most suitable system for their sites without being constrained to IP only. The emergence of multi-mode DVR, which records video from HDCVI, TVI, AHD, CVBS and IP cameras, makes it very easy to upgrade a site by increment.

Future development of HD analog must fit the needs of IoT and big data applications, which is driving the value of security systems in the next few years. AI (Artificial Intelligence) Deep Learning will be a key technology component to enable this to happen.

Dahua is introducing HDCVI 4.0 technology framework, with 3 key components: 4K-HDCVI for superior video capture, IoT-HDCVI for multi-dimensional sensing and AI-HDCVI to transform HDCVI-video into searchable Boolean data. New products will be introduced throughout the year in 2017 to enhance the user experience of HDCVI customers. The HDCVI community can expect a lot more opportunities to use HDCVI technology to expand security application space.

Dahua 4K-HDCVI adopts 4K Ultra HD image acquisition and back-end DVR storage. HDCVI technology architecture overcame the common bottleneck of transmission bandwidth to achieve high resolution video previously only available on IPC. This is a major breakthrough to extend the potential of HDCVI in future. Dahua IoT-HDCVI technology, combining with IoT sensing technology, enables cameras to surpass basic function of providing video information. Utilizing IoT sensors, coaxial cables are capable of transmitting not only video signal, but also information such as alarm, temperature and humidity. HDCVI technology architecture supports complex data transmission between camera and DVR, and makes it possible for multi-dimensional sensing camera and DVR to form an IoT solution. The near real-time transmission of HDCVI also improves the responsiveness of IoT applications. Dahua AI-HDCVI technology integrates HDCVI video and audio with AI (Artificial Intelligence) Deep Learning. AI-HDCVI performs near-human level accuracy in image classification and voice recognition to transform HDCVI video and audio into searchable Boolean data. The output of these analysis could solve resource allocation problems for example, in the retail industry with customer and or in the management of city transportation with vehicle traffic analysis.

The scalable and expandable architecture of HDCVI enables future-proof products and solutions to be developed. It protects customers’ investment by allowing seamless upgrade to new technologies as they emerge. Dahua HDCVI 4.0 comprises of 4K-HDCVI, IoT-HDCVI and AI-HDCVI leads the industry into a new era of higher resolution, more intelligent and convenient. 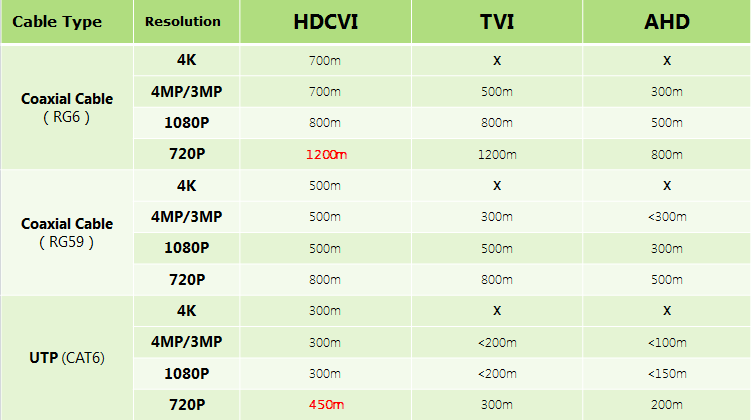 The New 4K XVR recorder is compatible with all existing HDCVI/HDTVI/AHD cameras, meanwhile, it also supports CVBS and IP cameras. All these make upgrading to 4K much more convenient and cost-effective. The installation, configuration, operation and maintenance of 4K HDCVI are the same as before, preserving the plug & play convenience of analog video system. Once your existing DVR is replaced by a new 4K XVR, you can simply replace the existing camera with 4K camera or add 4K camera as you go.

DH-HAC-HF3805G, adopts the SONY 4/3” 8MP STARVIS sensor, is able to output 3840(H) x2160(V) ultra HD images with impressive night performance due to the bigger size sensor. It is also the first HD analog camera to utilize M43 mount lens in the security industry which brings the rich selection of M43 lenses to customers. Users can choose their preferred lens based on different scenarios. This camera also delivers functions like autofocus, image magnification for dynamic detection and a linkage alarm without the need to use with the back-end. All the settings and functions can be easily controlled by the OSD menu, and use together with applicable housing, this camera is good for outdoor surveillance. DH-HAC-HF3805G is truly THE camera for high performance surveillance under poor illumination. 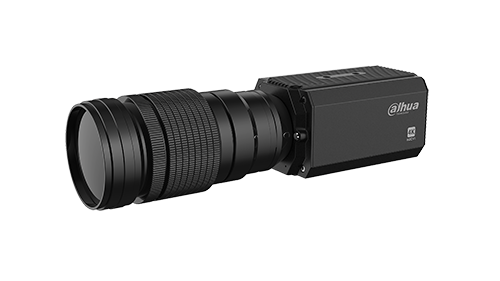 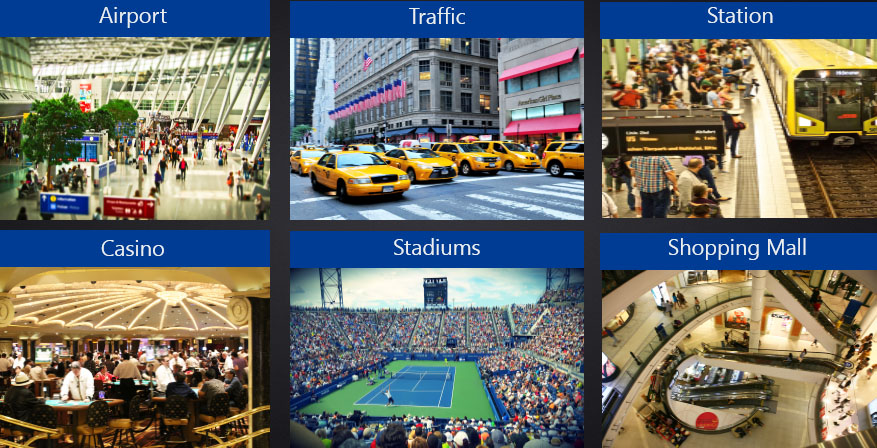 Another star product is the DH-HAC-PFW3601, which is the first HD analog multi-lens infrared camera with a 4K 180 degree panoramic view. This star product makes use of Dahua’s advanced image stitch algorithm to perform 180 degrees panoramic seamless stitching. It can be controlled by the OSD menu and easily operated. By using three SONY STARVIS sensors and F1.4 large aperture lens, this infrared camera delivers high quality images even under low light. It also outputs panoramic seamless stitching images and 3 single-lens images. Working with the 4K XVR, panoramic images can set up an electronic cruise model to realize a multiple target split-screen view using the magnifying tracking function. It will benefit the detection of moving targets in critical areas. In addition, the camera has IP67 and IK10 protection, making it a good choice for important entrances and exits area, city transportation junctions, and parks. 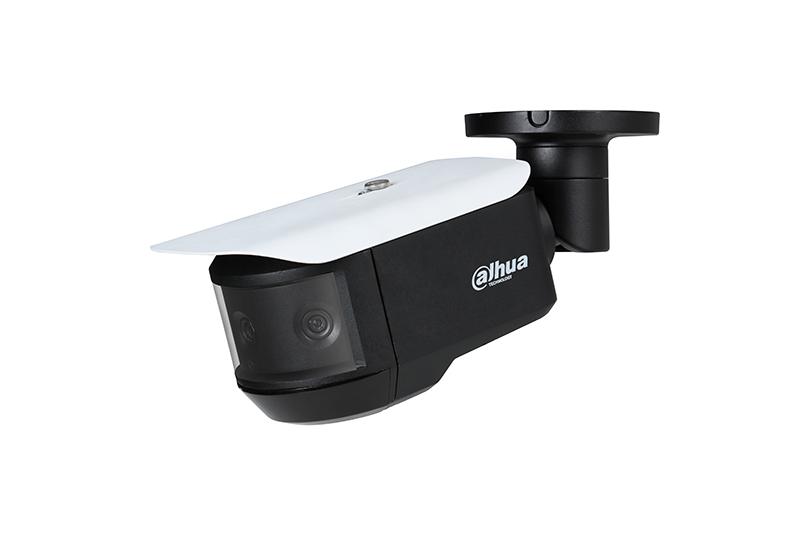 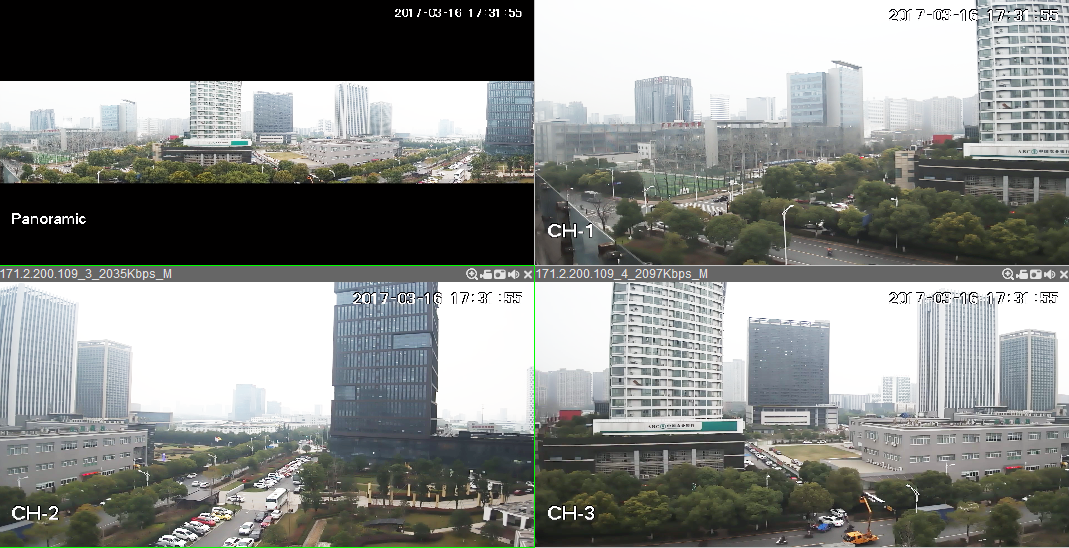 4K-HDCVI, IoT-HDCVI and AI-HDCVI are going to increase the potential market space of HD analog and protect the investment of HDCVI customers. New products will be introduced throughout the year in 2017 to implement the HDCVI 4.0 framework. Follow us on LinkedIn, Facebook to get first-hand information on new product releases.