HANGZHOU, China /June 08, 2018 Conventional surveillance cameras are already capable of capturing video in daytime and well-lit areas. However, when faced with a poorly lit area or at night, these cameras’ video capture abilities begin to diminish as sensors must compensate for the lack of light by increasing sensitivity, thus producing a noisy image, if one is produced at all. Since clear day and night monitoring is an important benchmark in assessing a surveillance system’s effectiveness, thermal imaging devices present a clear advantage in their ability to convert heat energy into an image visible to the human eye.


Leveraging its  experience in camera image analysis and intelligent algorithms, Dahua Technology has developed a new generation of thermal imaging devices with innovative functions that balance visible light with infrared, enabling users to effectively monitor an area under all lighting conditions. In addition, these functions include advanced capabilities such as intelligent temperature measurement and behavior analysis, further extending the scope of surveillance applications such as perimeter protection or equipment predictive maintenance in substations. 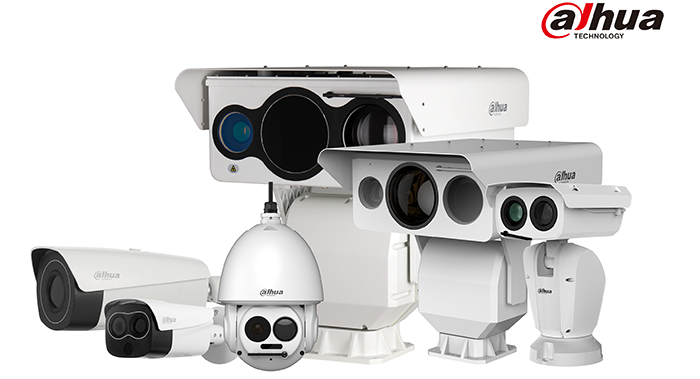 The new products adopt advanced uncooled infrared detectors with 400x300 effective pixels, realizing a 40% increase over the previous infrared detector with-336x256 effective pixels. The benefit is that the field of view is increased, for example, TPC-BF5400 with 13mm thermal lens, has a 29.7⁰x22.3⁰ field of view, and the older model TPC-BF5300 is 25⁰x19⁰ with the same lens. Meanwhile, newer models have received improvements in detailed information, contrast and other upgrades.

Thermal imaging is probably the most reliable security solution for perimeter protection. A thermal camera is less sensitive to changes in the environment. It detects moving people or objects even in total darkness, 24 hours a day and 7 days a week.

The Dahua IVS (Intelligent Video System) is a built-in video analytics algorithm that delivers intelligent functions to monitor a scene for tripwire violations, intrusion detection, and abandoned or missing objects. It requires a certain number of pixels on the target to function properly. The DH-TPC-BF5400-B13 model, can be utilized to form a perimeter intruder detection system, performing as an invisible wall. When installed at the recommended height of 5 meters, one camera can cover a 100 meters long fence. Whether it is day or night, as long as someone enters into a targeted area, a warning will be sent to the control center.

A thermal camera is not just for video surveillance, it is also suitable for remote temperature monitoring to prevent accidents. Calculating the corresponding relationship between received radiation energy and temperature, it shows the surface temperature of the target through different gray values. Currently, the temperature measurement tolerance is within a certain range- ±2°C, ±2%. It provides users with real-time information about substation equipment much more efficiently, saving time and labor. If the temperature of equipment or part of the station exceeds a preset threshold, the system will automatically trigger an alarm and alert management.

For a thermal camera, the radiation does not only depend on the temperature, the surrounding environment also emits radiation, especially high temperature objects at close distance, which will be reflected by the target surface. The emitted radiation of the object and the reflected radiation are also affected by atmospheric absorption. Therefore, to measure temperature precisely, it’s necessary to consider the effect of different radiant sources.

A precise temperature measurement should include these three steps:

● Excluding external temperature interference by placing a baffle or coat of high emissivity materials on the surface of the target to make the result as accurate as possible.

● Keeping appropriate distance to ensure the target occupies at least 10x10 pixels in the image.

Conventional monitoring methods are not sufficient enough in dealing with all kinds of threats. Cutting-edge technologies are necessary to effectively prevent and respond to threats in the shortest time possible. Dahua thermal imaging devices, which will be on display at IFSEC International 2018 during June 19th -21th, provide the tools required for ensuring security in a number of applications. With a mission of “Enabling a safer society and smarter living”, Dahua will continue to focus on “Innovation, Quality, and Service” to serve partners and customers around the world.