HANGZHOU, China /November 28, 2017 Widely used in over 180 countries and regions around the world, Dahua’s products and solutions must be able to meet the demands of tough environments such as snowy mountains, plateaus, deserts, wetlands, rainforests and coastal regions. In order to achieve robust performance in the environment for which they were designed, Dahua’s products have undergone rigorous tests to meet very tough standards which in most cases exceed the normal industry practice and the datasheet specifications. The purpose is to provide sufficient margins to ensure the product provides the utmost reliability expected of Dahua products when performing in the field.

Toughness: Withstanding Most Physical Impact whether Natural or Man Made

Dahua video surveillance solutions, such as Smart City and Intelligent Building, are widely applied in many countries worldwide. Installed everywhere in our life, Dahua cameras may be exposed to physical impact. For example, when installed outdoors, the cameras are exposed to numerous risks, ranging from being hit by a basketball, small stones blowing in strong wind, to getting scratched by tree branches. Indoor cameras may be damaged by daily use or people intentionally throwing things at them. As shown by the test results, Dahua vandal proof cameras, withstand the challenges in these scenarios, thereby reducing the cost of maintenance.

Product Validation: Outdoor cameras have passed IK10 test (standard IEC62262) in which a steel ball weighing 5 kg is dropped from 40 cm above generating 20 joules of impact energy on five separated spots on every exposed surface (including 3 impacts to the lens). For indoor cameras, the test level ranges from IK06 to IK10 (both standard IEC62262), which covers most possible scenarios.

In some cases, Dahua cameras are required to work somewhere with high frequency vibration. For instance, places near railways, bridges with fast driving cars and strong crosswinds, or construction sites with piling. Dahua cameras, not only guarantee smooth operation, but also able to maintain the same lifespan. Even in extreme circumstances such as car accidents, earthquakes or hurricanes, cameras will remain safely attached to the poles. Due to their strong structures, the possibility of accidents caused by falling cameras is eliminated.

Product Validation: All cameras are tested against a frequency of up to 200 Hz with 1G acceleration from X, Y, Z axes for 4.5 hours, ensuring they can function as usual. When it comes to hanging dome cameras, in order to make sure they won’t fall down in even some extreme cases, an extra test which triples the vibration rate is conducted whereby Dahua’s cameras can endure several times longer than the standard average.


Inevitably, Dahua cameras are sometimes installed in extreme heat and freezing environments, be it factories that are hot during processing, or chilled-storage warehouses that are maintained cold, or deserts that are scorching hot during the day and freezing cold at night. Coldness and heat will cause shrinkage, which may very likely to shorten a camera’s lifespan. In addition to long hours of usage, the cameras are also designed to enjoy long working lifespans against these tough temperatures, saving the costs of repairing and replacing. One case as shown below is a Dahua dome camera DHI-SD6AE230F-HNI that operates smoothly on Mount Everest 5000m above sea level. 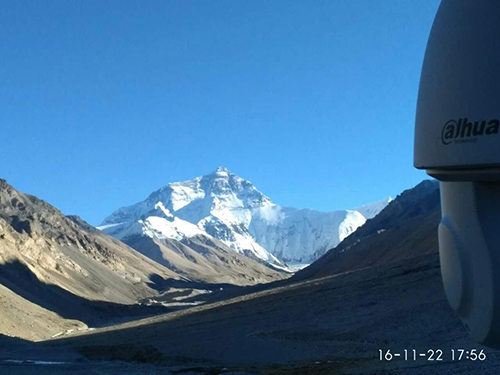 Product Validation: All Dahua cameras have been through Low and High Temperature continuous operation test for no less than 16 hours (standard IEC62599-1) with spec temperature to guarantee product performance. Besides, all Dahua cameras have gone through intensified HALT (High Accelerated Life Test) and ALT (Accelerated Life Test) tests, to ensure that the cameras can properly work in -50℃ to 80℃, 10 degrees beyond the standard range (-40℃ to 70℃). This aims to trigger potential product failures from increased extreme environmental stress, helping to locate and improve the weaknesses and identify potential defects of our cameras at the earliest possible stage. No less than 3 cold starts were required in each of the tests. Via these unique tests, Dahua’s cameras come out as extra tough when used in practice.


Extreme temperature and humidity are major threats to the smooth day-to-day functioning of intricate devices. But this is not the case for Dahua cameras. Even when they are installed in the most extreme environments imaginable, a snow mountain like Mount Everest, a tropic rainforest like Amazon Rainforest, or a desert like the Hobq Desert, where there are dramatic weather shifts, exacerbating humidity issues, they bring along smooth and condensation-free operation. 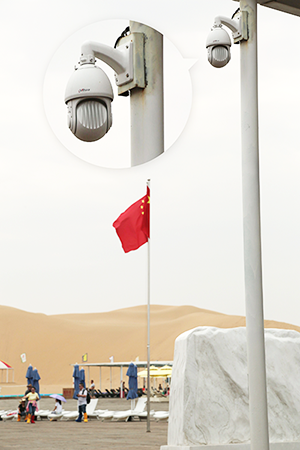 Product Validation: For fully enclosed cameras such as PTZ cameras, Eye Ball cameras, and Bullet cameras, Alternating Temperature and Humidity Tests (Damp heat cyclic) with temperatures varying between 25℃ and 55℃ and relative humidity reaching a maximum of 100% (camera surface allow condensation) were conducted for two cycles lasting a total of 48 hours. For cameras not fully enclosed, Steady Damp-heat Tests at 40℃ and 93% humidity (no condensation) were conducted for 96 hours. Both tests have been developed on the basis of International IEC Standards, ensuring that all cameras are capable of working with the humidity varying from 0 to 100%.

Waterproof, be it Natural Rain or Man Made Spray

Working in regions and countries like northeast Indian, Burma and Sierra Leone which are known for abundant rainfall, or Asian cities that experience weeklong plum rains, Dahua cameras are able to resist long time waterfall as well as intentional or accidental manmade sprays.

Product Validation: Outdoor cameras are required to go through IPX6 or IPX7 tests. Standard IEC62262 IPX6 test requires camera surface to be sprayed by 100±5 L/min of water for 3 minutes. It is worth mentioning that Dahua cameras are tested for at least 10 minutes in the same conditions, 3 times tougher than the standard one.

In addition, Dahua has developed its own standards which include tests where, 5±0.5 L/min of water (equivalent of middle rain in plum rain season) was sprayed to cameras for 192 hours from above. On top of the water ingress tests, every Dahua camera needs to go through an airtightness test, too, to make sure that it is sufficiently water-proof.

Dahua Port Solution and airport solution require the cameras to be installed in seaports and airports where it’s highly likely to be wet and salty. Salt spray and electrochemical effects may result in serious corrosion on metal surfaces, which may cause the fall of the cameras. However, Dahua cameras won’t be bothered by this problem.

Product Validation: A salt water solution of 5% NaCl and pH 6.5 to 7.2 was sprayed for 2 hours, then a 40℃ and 93% damp heat test for 166 hours per cycle for 4 cycles over a period of 28 days, a remarkable performance of quadruple the International IEC Standards. It was in an effort to simulate the cyclic salt spray environment in coastal cities and to identify the likelihood of a camera falling following possible metal corrosion.


In addition to the tests above, Dahua cameras have also passed a Drop Test that decreases the risks of damage during transportation; a Life-span Test that promises a life of at least 4 years in normal conditions; and a Dust Resistance Test ensuring a performance undisturbed by dust. Together, all of these tests ensure Dahua to deliver lasting performance for customers all over the globe. Demonstrating the mission to enable a Safer Society and Smarter Living, Dahua will continue to focus on “Innovation, Quality, and Service” to serve partners and customers around the world.