HANGZHOU, China /December 12, 2019 Dahua Technology, a world-leading video-centric smart IoT solution and service provider, is a big believer of the saying “With great power comes great responsibility”. Since 2015, as part of its commitment to making a positive impact in the communities where it operates, Dahua Technology has initiated “Lighting the Future” Corporate Social Responsibility (CSR) Program to help unprivileged children in underdeveloped areas in China that suffers from lack of education due to poverty.

Danzhai County is one of such areas. Located in Qiandongnan Miao and Dong Autonomous Prefecture in Guizhou Province, it was listed as a County in Poverty by the government of Guizhou on April 24, 2019. Children there could not get proper education they deserve. It was reported that only one teacher is in charged to teach all sorts of classes, ranging from Chinese and math to sports and arts. In addition, this teacher also takes the responsibility to cook for all children, with one electric rice-cooker that does not always function. The students, curious about the outside world as well as all kinds of knowledge, had never seen, much less own, some most ordinary things for city dwellers such as a simple vacuum cup that could help them during the cold winter days.

To help children complete their studies and realize their dreams, Dahua “Lighting the Future” Program extended its donation initiative to schools in Danzhai County this year, bringing a batch of school supplies – school bags, pencil-boxes, pencils, notebooks as well as vacuum cups – to students in Jin Zhong First Primary School. 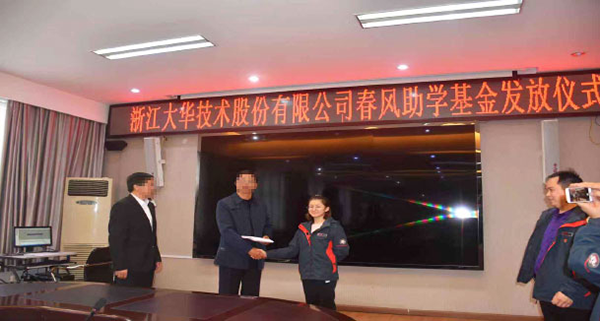 “Dahua Lighting the Future Program is as warm and timely as a charcoal in a house during winter snow, that can solve urgent problems at hand,” said Mr. Xiao, Director at Bureau of Education, Science and Technology of Danzhai County, appreciating the fund on behalf of local students in need.

With its noteworthy accomplishments in technological advancement, Dahua Technology is in awe of the great support given by the country, society and people, and is committed to fulfill its social responsibility with its frequent CSR programs. 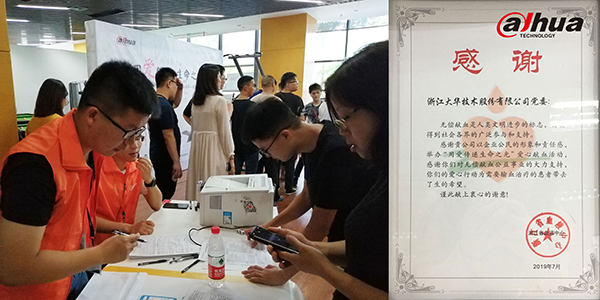