Best Express was founded in 2007, has more than 30,000 stations and more than 200 distribution centers in China. It started developing its market overseas and built several operation centers in Southeast Asia. 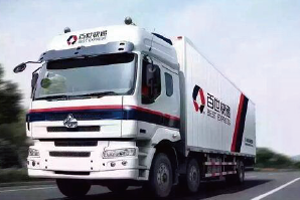 Best Express has deployed more than 600 DWS as of 2018, most of them are 5-side DWS, more and more distribution centers will update their infrastructure.

Dahua DWS replaced human operation to reduce labor cost significantly. In every unloading area, 6~7 persons can be decreased to 1~ 2 persons. During 2018's double eleven festival, labor requirement decreased from 110,000 to 30,000, which saved about 70% labor cost.

Unloading area is the bottleneck of efficiency, DWS system provides faster speed and lower error rate than human operation. When the belt speed reaches 1.5m/s, it can process 3000pcs/h normally , which is double than traditional operation.