Allianz Parque has become one of the most modern multipurpose arenas in Latin America since it was built in 2014 by WTorre Properties. The stadium is located at the same place of the old Palestra Itália Stadium with a capacity of more than forty thousand spectators, it not just meets FIFA standards but was also awarded various prizes including the Master Award in the 11th edition of the Grand Prize for Corporate Architecture, the Accessibility Seal, delivered by the Permanent Accessibility Commission (CPA), and the "Environmental Management of the Surroundings of the Work" award, at the 3rd Health and Safety at Work Seconci Award.

With an eye on the market, the management of Allianz Parque constantly invests in advanced technology and new solutions to keep the project in line with the most current standards of innovation in the world. The latest are the intelligent video surveillance cameras from Dahua Technology, a world-leading video-centric smart IoT solution and service provider. The cameras with embedded artificial intelligence systems could help the security team of the arena work more efficiently and productively, so that the stadium is capable of dealing with different kinds of scenarios, such as large-scale concerts, major celebrations and, especially, football matches at Sociedade Esportiva Palmeiras. 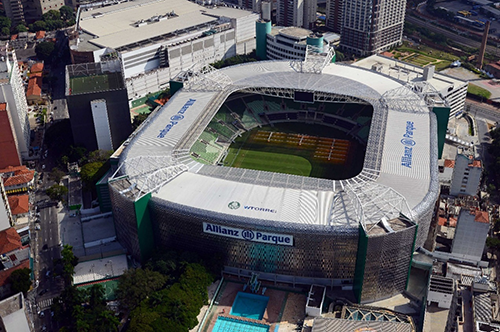 The installation of the entire system took around 90 days. According to the General Manager of Allianz Parque, the biggest challenge is to implement the new system with the arena in operation. "We have to carry out the replacement without any impact to the security team. But with the support of the Dahua Technology team, we are able to do the job quietly without any major changes in our initial planning,” explained Rigotto.

In the project, devices with latest generation embedded artificial intelligence technologies were used. Many of their functions go beyond an image captured by an ordinary camera. Here are the camera models and technologies used: 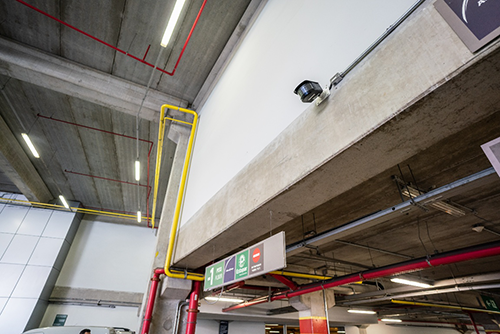 ●  SD6CE245UN-HNI - PTZ-style positioning camera with various technologies, such as Starlight, which allows viewing of images in very light colors (less than 0.005lux). It has a 45x zoom system, plus an infrared illumination that can reach 250 meters away;

●  MPT310 portable recorder, used with lapel cameras, making recording and transmission of high-definition audio and video online from the point of view of the agent close to the events;


●  DH-IPC-HFW8242EN-Z4FD-IRA-LED - special network camera that captures human faces through AI algorithm, embedded in a chip with Deep Learning Technology. It gives the facial detection server a good deal of processing work, since the camera itself locates the faces of the video image and analyzes attributes such as gender, age, facial expressions and whether it has glasses; 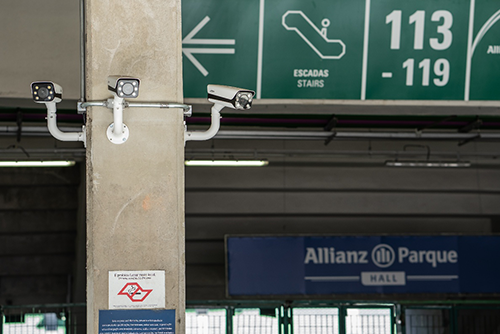 ●  Network camera recorder and face database manager DHI-IVSS7016DR-4T. It works in conjunction with the CMS DSS PRO that makes the recording of the videos in the network, in addition to managing and analyzing the faces pre-registered in the database of employees and service providers of Allianz Parque. User can also set a black list and the recorder will alert once unauthorized persons detected in a certain sector. The server can, in real time, work by processing the input stream at the gate opening, being able to recognize up to 40 faces per second in the Arena, detecting the faces and comparing them with the database prepared to issue field safety alerts in up to a few seconds;

●  Video Wall, with 6 46-inch LCD screens (DHL460UCM-ES), forms a 2x3 matrix and a Dahua controller (NVD0905DH-4I-4K), which can display 4K, live images, advertisements and bulletins in a professional manner.

"We are very proud to have this partnership with Dahua Technology. Through it, today, Allianz Parque now has a state-of-the-art facial recognition system, which has artificial intelligence and data analysis, and can be integrated into the public safety team system,” emphasized Eduardo Rigotto, General Manager of Allianz Parque. Rigotto pointed out that there are always possibilities for modernization. "The market has changed in five years and in order to keep us in the lead as an inspiration for other spaces, we need to continue investing in new technologies," he said.

In addition to providing advanced security technology, Dahua Technology also became the sponsor of Allianz Parque, as well as Prevent Senior, Banco Pine and the Allianz Seguros brand. With this, the Arena Control Center will be called CCO by DAHUA TECHNOLOGY and there are more than 150 information boards present by Dahua Technology in the stadium to remind and protect everyone. 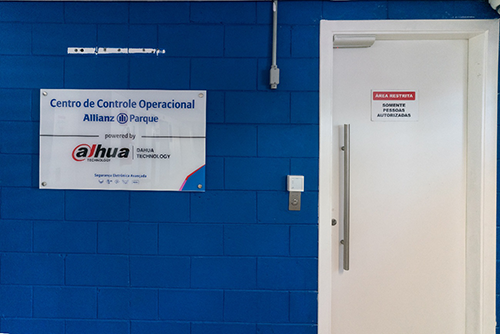 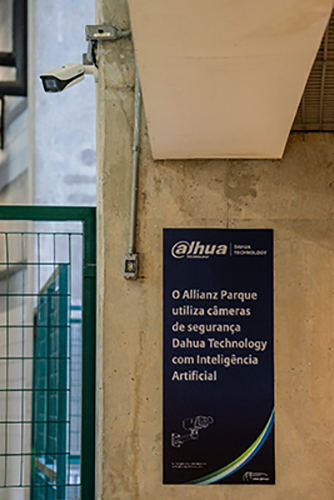 In 2018, Dahua Technology has successfully delivered the largest RingLed 360º in Latin America, which totals 580 meters of panels for all bars in the arena. The innovative design with LED panels from Dahua Technology was developed by Digital Arena, a pioneer in the field of digital media for stadiums. "Our philosophy is to deliver large projects that make a difference not only to the customer but also to the people who will use their space," said Fabio Lopes, Channel Sales Director of Dahua Technology Brazil. Moreover, he added, "Allianz Parque is an entertainment venue where spectators aim to watch a great show with total safety and comfort. This project aims to demonstrate that Allianz Parque is one of the safest arenas in Latin America.”

Located in the city of São Paulo, Allianz Parque imposes itself between the districts of Água Branca, Pompeia, Perdizes and Barra Funda, an area of easy access, highlighted by event organizers and club fans. The space has the capacity to receive 43,700 people on game days, 55,000 for shows and 12,000 for events in the amphitheater.